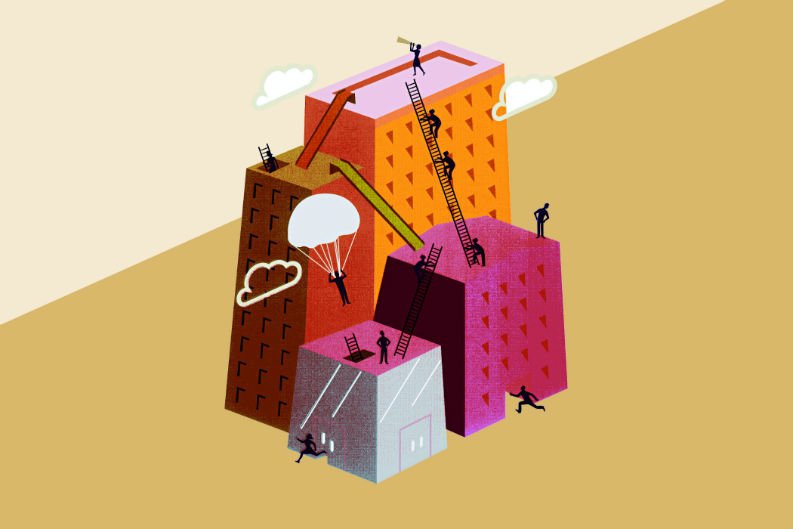 The organization of workers within efficient businesses has long been the driving force of wealth creation and economic prosperity. Tens of millions of workers around the world are focused on their individual career path within those businesses. Adam Smith, the great 18th-century Scottish economist, and philosopher saw the formalization and grouping of skilled professionals (who were previously engaged in direct commerce with each other) within structured organizations as an equally important part of the industrial revolution as automation and productivity.

That dynamic has remained relatively constant – until now. Much has been written about the gig economy, with a strong focus on the likes of Uber, courier and delivery companies and the attendant shift not just in what ‘work’ means but the much broader issue of workers’ rights within this new economy.

However, there is one aspect of the gig economy that has received less attention and that is the rise of what might be termed the professional gig economy, whereby professionals are eschewing the typical career path offered by organizations and instead are looking for something wholly different. They are returning to what might be termed ‘a state of independence’, perhaps more akin to the 18th century than the 21st.

Economists may argue that this is an updated version of the same cycle, yet large numbers of management consultants, particularly, are choosing to offer their services direct to the customer and find themselves at the forefront of this professional gig economy. This is not new in itself, but what is driving it? Who are the people choosing to purchase this new model, and why? And, most importantly, is there a future for the professional gig worker or will we see Smith’s ‘invisible hand’ again drive people back to the firm?

“Independent consultants are a fraction of the cost per day (compared to firms). This simply makes them a no-regret option for a lot of situations,” says Miles Graham, formerly of 3i and now Operating Partner at Metro AG, the German retailer. Deepa Rajagopalan, global strategy director based in the US for Alexion Pharmaceuticals, echoes this sentiment. She says that by turning to the professional gig economy, “I typically find I get great talent at a lower price and on a schedule that works for me”.

At Odgers Connect we frequently talk to clients who have engaged with traditional consulting firms in the past and will actually see a high price point as a proxy for quality, so are there in fact compromises to be made in return for the lower cost? Not so, according to Rajagopalan: “More and more talented individuals see this as a viable career path, which is increasing the quality available in the independent market.” Indeed buying the services of an independent can increase efficiencies, as she believes there is a “greater ability to get the ‘right’ expertise without having to buy a whole team”, and focus on getting the exact resource you want without being upsold.

Cost and quality are tangible drivers of the growth of this model, and purchasers of consulting such as Rajagopalan and Graham can save money without foregoing caliber. For this to be scalable, however, there need to be more benefits to the buyer, and continued development of the model to remain competitive when compared to traditional consulting firms. “The big change recently is the explosion in platforms globally,” explains Graham. “I can now source experts in London or in Kuala Lumpur with the same ease – and as most consultants are prepared to hop on a plane anywhere in the world, I expect to see an increasing use of non-UK based consultants.” Rajagopalan adds: “This is absolutely a global solution, particularly if you can get deep experts in, say, BRIC markets,” which will, she believes, mean that in years to come the professional gig economy will become “broader, deeper and more global”.

“I can now source experts in London or in Kuala Lumpur with the same ease – and as most consultants are prepared to hop on a plane anywhere in the world, I expect to see an increasing use of non-UK based consultants.”

One such emerging market expert, Thalia Georgiou who is based in Hong Kong and works across China and SE Asia, sees a central theme behind the positive outlook for independent consultants. She says: “Calling in a consulting firm can be seen as a tacit admission of management failings in many Asian cultures,” and in fact “independent consultants win business as they offer many positive points of difference particularly when it comes to discretion, specialist knowledge and price”. Lakshmi Viswanathan, who has recently completed projects in sub-Saharan African and India, agrees with this: “The business culture in India makes it hard for consulting firms to thrive.” She highlights the high proportion of family-controlled companies and both their lack of exposure to these firms and willingness to purchase their services, “but personal referrals would be how the independent consulting model becomes popular”. Conversely, continues Viswanathan, “the larger potential for independent consultants in Africa … is particularly among multinational companies”. While there will continue to be variations across the region, Georgiou believes “the Asian market represents huge potential for high-quality independent consultants”, although Viswanathan observes “the current supply is limited in these newer markets and concentrated in the traditional consulting markets of US, UK, and Europe”.

Aside from the advantages in cost, quality and global scale, there is a dramatic change in the profile of the actual buyers of independent consultants. Originally the preserve of owner-managed or SME businesses in the UK and the US, independent consultants now deliver work for organizations of all sizes, from local start-ups to the upper reaches of the FTSE, S&P or SEHK in all corners of the world. And what of the people who make the actual purchasing decisions? Rajagopalan began her career at Bain and Graham trained at McKinsey, yet they do not automatically reach out to their old firms when the opportunity arises. This is down in part to the business model and engagement structure of the traditional firm, with purchasers like Rajagopalan “increasingly keen to get the right talent to supplement internal resource, not a large case team [from a firm] with a pyramid structure”.

There has also been a notable shift in the nature of the work that clients want, according to Viswanathan. She says clients “no longer want to hear ‘what’ to do and the base strategic theory, as by and large CEOs know what their aims are; instead they want to hear ‘how’ to achieve their objectives”. It is an ability to implement, a willingness to roll up your sleeves and operate at a very senior level that further differentiates these consultants from the models offered by their old firms.

If decision makers, particularly those who have previously worked at consulting firms, are increasingly confident of the quality of independent consultants with upsides in cost, flexibility and global reach, the future is indeed bright for these active participants in the new professional gig economy, even if it might just feel a little bit like the past.

This article was originally published in Odgers Berndston's "Insights".