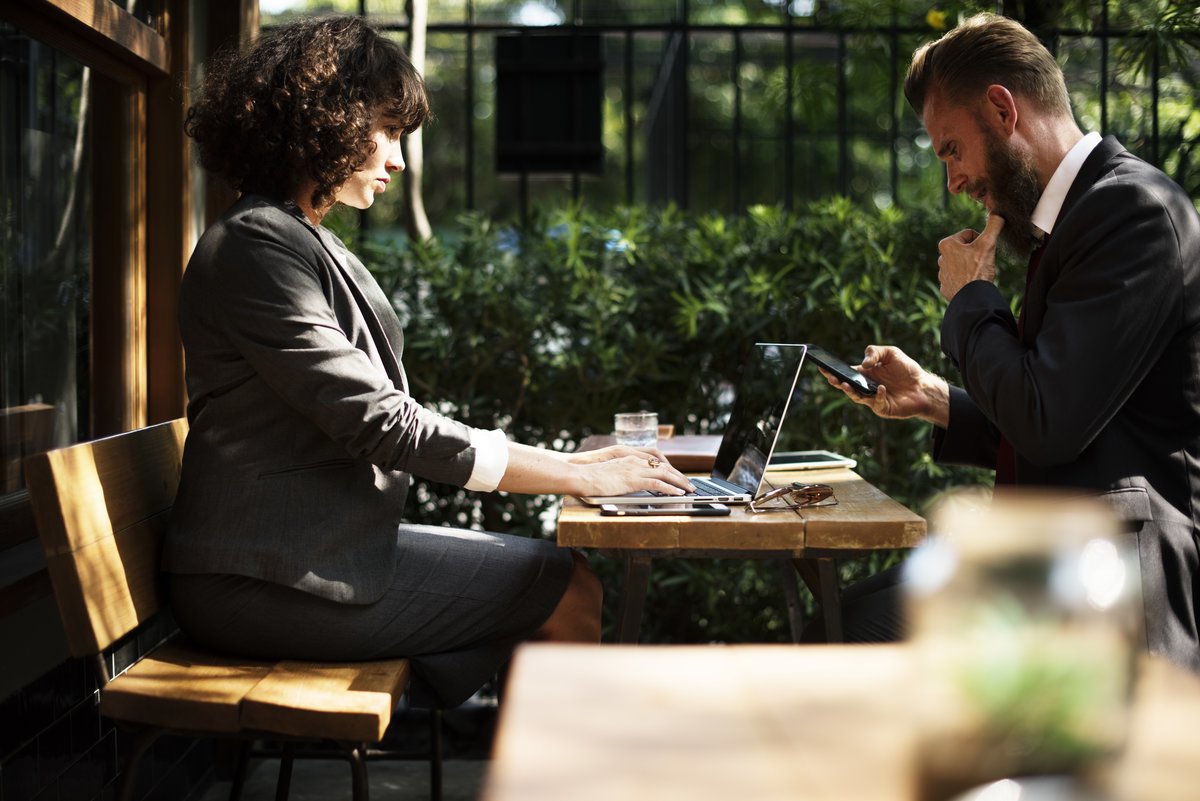 Working nine to five for a single employer bears little resemblance to the way a substantial share of the workforce makes a living today. Millions of people assemble various income streams and work independently, rather than in structured payroll jobs. This is hardly a new phenomenon, yet it has never been well measured in official statistics—and the resulting data gaps prevent a clear view of a large share of labor-market activity.

To better understand the independent workforce and what motivates the people who participate in it, the McKinsey Global Institute surveyed some 8,000 respondents across Europe and the United States. We asked about their income in the past 12 months—encompassing primary work, as well as any other income-generating activities—and about their professional satisfaction and aspirations for work in the future. 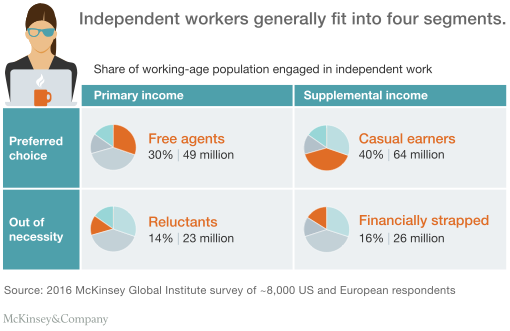 Those who do independent work by choice (free agents and casual earners) report greater satisfaction with their work lives than those who do it out of necessity (the reluctants and the financially strapped). This finding holds across countries, ages, income brackets, and education levels. Free agents reported higher levels of satisfaction in multiple dimensions of their work lives than those holding traditional jobs by choice, indicating that many people value the nonmonetary aspects of working on their own terms.

Independent work is rapidly evolving as digital platforms create large-scale, efficient marketplaces that facilitate direct and even real-time connections between the customers who need a service performed and the workers willing to provide that service. Today, just 15 percent of the independent workers we surveyed have used a digital platform to find work, but the so-called on-demand economy is growing rapidly.

While this digital transformation unfolds, several other forces could fuel growth in the independent workforce: the stated aspirations of traditional workers who wish to become independent, the large unemployed and inactive populations who want to work, and the increased demand for independent services from both consumers and organizations.

The growing prevalence of independent work could have tangible economic benefits, such as raising labor-force participation, providing opportunities for the unemployed, or even boosting productivity. Consumers and organizations could benefit from the greater availability of services and improved matching that better fulfills their needs. Digital platforms can amplify all these benefits through their larger scale, faster matches, seamless coordination, and richer information signals, enabling trust.

Yet some key challenges still must be addressed for this shift to be a feasible and satisfying development for workers. Issues such as benefits, income-security measures, and training and credentials offer room for policy makers, as well as innovators and new intermediaries, to provide solutions. Independent workers and traditional jobholders alike will have to become more proactive about managing their careers as digital technologies continue to reshape the world of work.

This article was originally published in "McKinsey & Company".