Gig Work Doesn’t Have to Be Isolating and Unstable 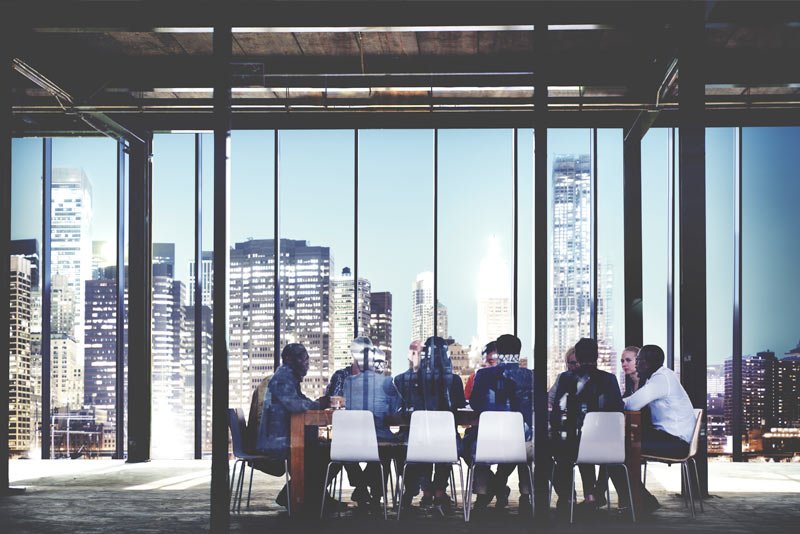 With the rise of the so-called “gig economy” has come debate about how companies treat the people who “work” for them. Much of this criticism asks whether gig workers are underpaid, overworked, or subject to exploitation and even abuse. More fundamentally, others have asked whether gig work, performed even under the best of circumstances, is something to be celebrated. In short, does gig work equal a good job?

This question is a complicated one. Courts are debating whether gig work is technically a “job” at all. Are Uber drivers, TaskRabbits, and Etsy crafters legally employees, independent contractors, or something in between? As employees, gig workers would be entitled to a minimum wage, overtime pay, and unemployment insurance. Securing those rights and protections is important, but it’s not clear that these changes alone will turn gig work into a stable, well-respected career.

While what counts as a “good job” is in part about the law, it’s also highly relative and dependent on prevailing social norms. The kinds of work that are valued and the types that are disdained vary widely by culture, class, and other divides. For many Americans, full-time white-collar positions with ample benefits were, at least for the last century, the standard against which other jobs were measured. My research on white-collar unemployment, however, found that even those jobs aren’t all that good these days. Dwindling benefits, frequent layoffs, ever-expanding workloads, and a pervasive sense of uncertainty have diminished the allure of these once-sought-after positions.

So as traditional jobs decline in both quality and quantity, it’s beginning to make less and less sense to define “good work” as a standard that is drifting away. Instead, we should be asking what it would take to make what I call “self-assembled careers” — made up of a variety of work arrangements including part-time employment, contract or freelance work, and “solopreneurship” (starting a small business with few or no other full-time employees) — viable and culturally accepted careers.

Assembled careers, it’s worth noting, are not new. There have long been people who generated income through a mix of different jobs, often because they were denied access to the sort of positions — generally dominated by white, middle-class men — that allowed one to make a living without taking on additional work. Despite their ubiquity, piecemeal approaches to work have often been looked down upon as less respectable ways to make a living; as gig workers know, in most respects, they still are.

That needs to change, and I see three main ways forward. The first concerns how we teach young people about work and careers. In 2001, when I was interviewing laid-off high-tech workers, many were frustrated that schools were still telling students that they needed to choose a single career. They wished someone had explained to them that most Americans will have at least a dozen jobs over their lifetime, rather than one cradle-to-grave profession. A decade and a half later, the college students I teach are still under the impression that by graduation they need to decide “what they’re going to be,” rather than what job they want to do first, before inevitably moving on to other, different jobs and industries. We do young people a disservice by preparing them for a world of work that does not actually exist. And while replacing “Career Day” with “Careers Day” won’t entirely eliminate the problems facing independent workers, it will lessen the stigma around making a living out of “side jobs.”

A second cultural fix to the stigma around independent work is already underway. It involves bringing workers together to help them navigate the many challenges — psychological, social, professional, financial, and legal —of nontraditional work.

Since 2012, I’ve been interviewing and working alongside professional organizers, hired to help clients manage their homes, work spaces, and belongings. While some organizers support themselves by full-time organizing work, many combine organizing with other kinds of work, out of financial necessity and because they enjoy the variety of assembled careers. A young professional organizer who also works as a poet, blogger, tutor, and environmental activist in Los Angeles told me, “I’m someone who doesn’t like going into the same office every day, the same desk, same computer or the same classroom. I like change and variety. I thrive on that.” Now, she says, “Every day is different.”

And yet seeing the same people, in the same place, day after day is part of what allows people to establish a sense of identity, community, and social cohesion. The good news is that people with assembled careers are slowly but surely finding their own ways to come together to develop connections, something that’s vital in ensuring that independent work isn’t isolating.

Some examples include a Brooklynite I interviewed who described herself as “the queen of side jobs” who began arranging field trips for freelance workers to explore the city together while everyone else was stuck in the office. Others have sought out co-working spaces for proximity to other people in addition to perquisites such as on-site childcare, administrative and I.T. services, and structured networking opportunities. At the other end of the income spectrum, non-profit worker centers are offering low-wage workers a sense of community as well as legal representation, language courses, health clinics, bank accounts, and loans.

Within specific industries, professional associations have also stepped in to replace some of the communal and material benefits once secured through employers. The National Association of Professional Organizers, for example, connects members through local chapters and national conferences, provides training and certification programs, and “leverages the power of numbers so that even sole proprietors can have access to essential business services such as liability insurance and credit card processing.”

This numerical power is as important culturally as it is economically and politically. As independent workers become more visible to one another, they will continue to find ways to become visible to others, too—to their local communities, to their politicians, and, ultimately, to future generations of workers, for whom assembling a meaningful, lucrative, stable career out of short-term gigs may seem as natural, if not more so, than schlepping to work at the same job, for the same boss, day after predictable day.

Third, linking crucial benefits like health care, retirement accounts, unemployment insurance, vacations, parental leave, and a minimum wage to “regular” 9-5 employment no longer makes sense for most Americans, if it ever did. By 2020, the number of Americans working independently is expected to reach 54 million. And while for some this represents an ideal path, the “choice” for many others is made from a set of increasingly limited and imperfect professional options, one narrowed even further for workers with minimal education or who face discrimination based on race, gender, age, class, or disability. Given this, it makes sense to find ways to safeguard people’s health and quality of life that don’t rely on the elusive promise of stable employment. Solutions that have been proposed thus far include a universal basic income, whereby every resident receives an unconditional annual sum, and portable safety nets and benefit packages workers carry with them from job to job.

The fact that these ideas are gaining more and more attention suggests a coming change in the way Americans think about the relationship between employment and stability. As a cultural anthropologist, however, I know it takes more than money and benefits to make a job “good” (although those are a good start). Americans may pay lip service to the values of grit and hustle and to the notion of pulling oneself up by one’s bootstraps by whatever means necessary, but assembled careers still carry with them a tinge of illegitimacy, a way to make ends meet, perhaps, but not a real, grown-up career. Changing this will require a change in how society views independent workers, and how independent workers see themselves.